If their first encounter with the tactile image left several members of the group a tad underwhelmed, it must be remembered that they were encountering the image as sighted people, having certain expectations and also as having no previous experience trying to read an image with their fingers.


Euin Hill got to know of Clive’s tactile image project through Trevor (Clive’s dad) with whom he plays bowls. Euin was fully sighted up to the age of 17. A serious illness caused caused rapid onset of very dense cataracts which he couldn’t see through, so he spent 5 years effectively blind. Operations to remove the cataracts revealed damaged retinas and so now, he says, he can “see a bit, not all that great, I’ve no lateral vision and no central vision, so I look down thick walled tubes and what’s there is dull but it’s enough to get around, I use a white cane.” 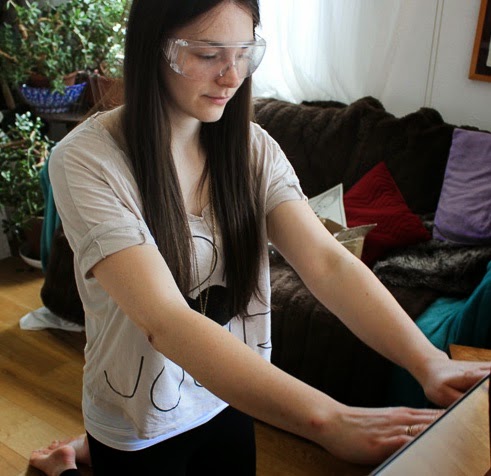 The first tactile image he got his hands on was Juan Torre’s photo of singer Aziza Brahim. He deliberately closed his eyes to experience it completely unsighted to begin with. “The eyes stood out nicely, so I found both eyes immediately, and the lips were fine but the nose was quite difficult and I think that could have been done to be more elevated for example so you got more of a feel of the profile of the nose.”


I asked him if he was ‘seeing’ by feeling: “I don’t think it is the same [as forming a visual image in your head from what you are feeling]. What you can get are feelings of shape and proportion.” 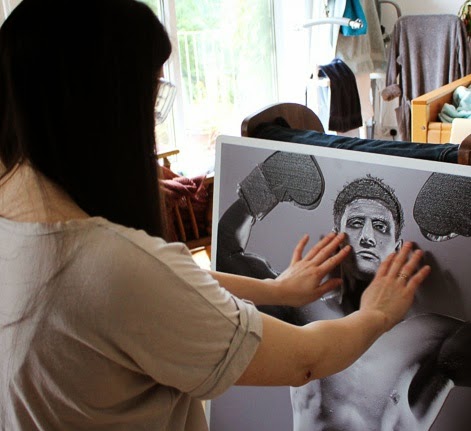 According to Euin, only a relatively small number of visually impaired people are blind from birth and a relatively small number, about 5% can see nothing whatsoever. The Sheffield Royal Society for the Blind had supplied a set of goggles (safety glasses that had been doctored) that allow sighted people to experience different sorts of visual impairment. Wendy and Rosy tried them on to get a partially sighted view of the RNIB tactile image of Gabrielle playing her violin and the Estudios Durero image of the boxer Dave Howe. The set Rosy is wearing that actually look quite clear had, in fact, been melted a bit to offer the wearer a full perspective but with reduced quality. In the photo with both of them, Rosy’s goggles just give small areas of sight, obscuring the majority; Wendy’s give the viewer tunnel vision and just have a very small pin hole on each eye. (Thanks to Marcus Sarko for the photos and video).

Posted by Stuart and Gabrielle at 01:02