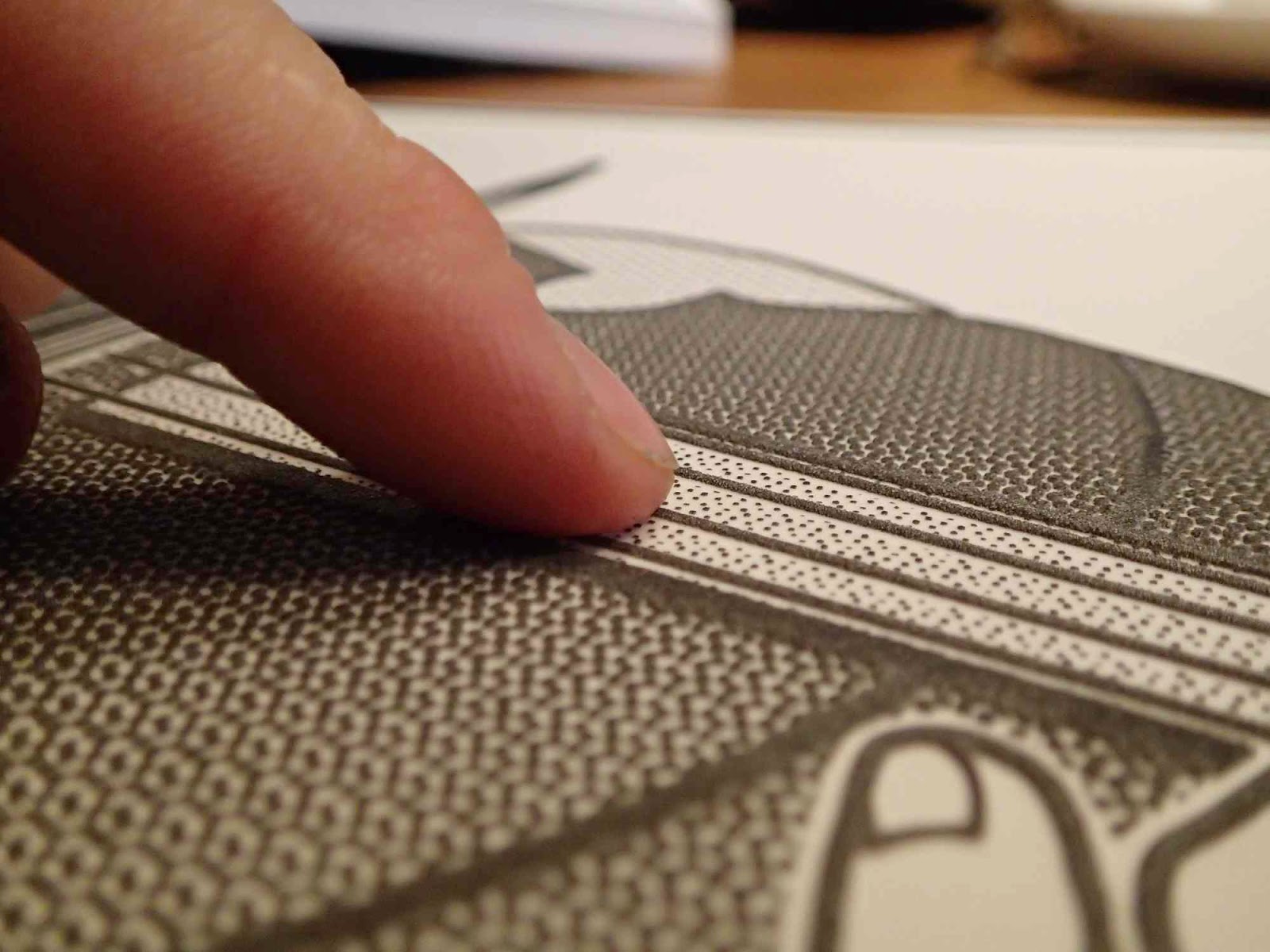 More used to assessing photos with their eyes, how did Clive’s friends get on trying to feel the tactile image unsighted? 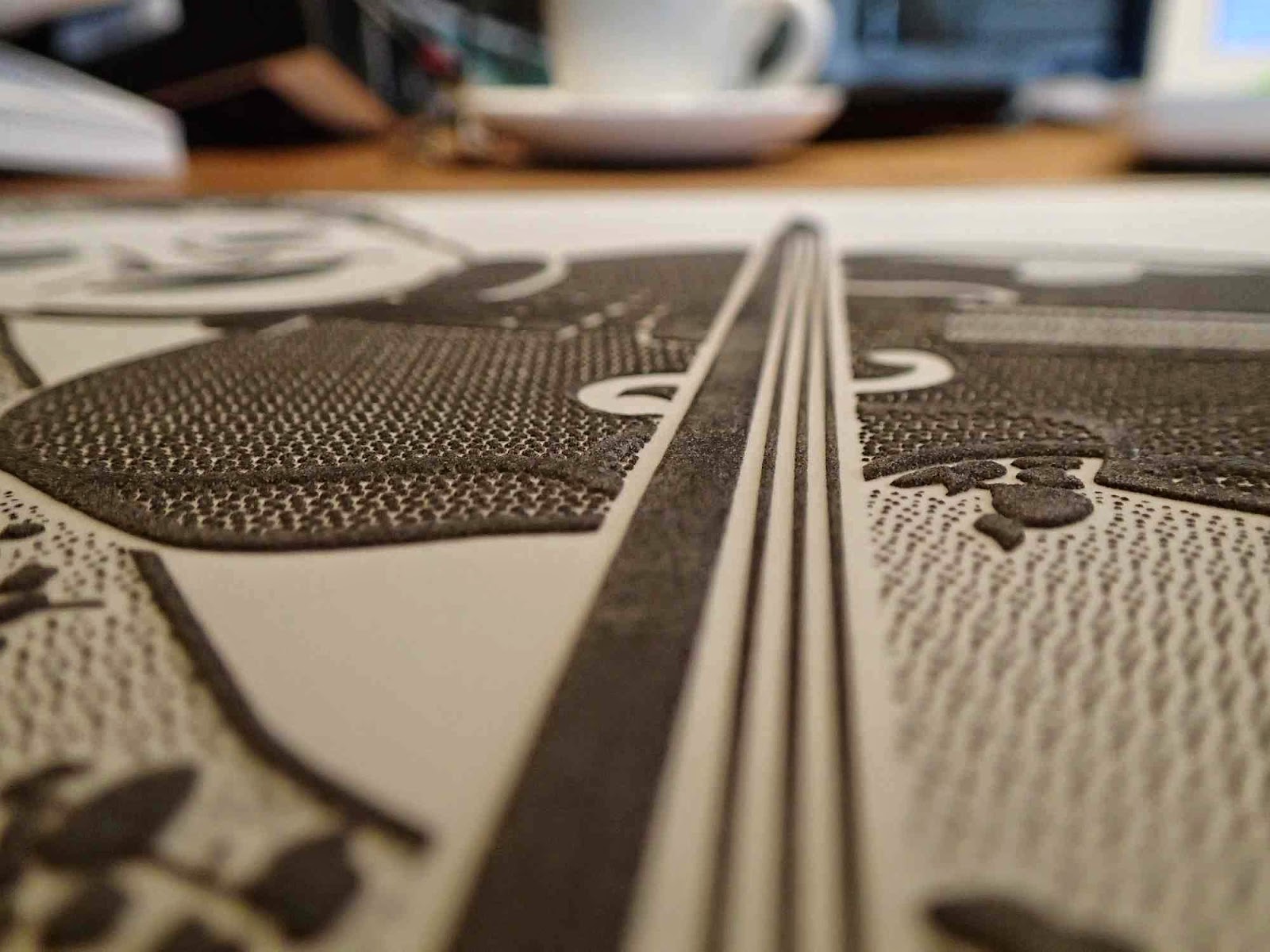 Rosy explained: “It was an interesting idea to feel the photo in the bag, and I was quite excited to feel what was in there. When I first put my hand in, it was very confusing. There was so much going on, and I couldn't figure out a starting point as such. When Wendy starting reading the description, it just made it even more complicated. The words were far too descriptive, and it was hard to keep up with what she was saying, in relation to trying to find that part of the image. 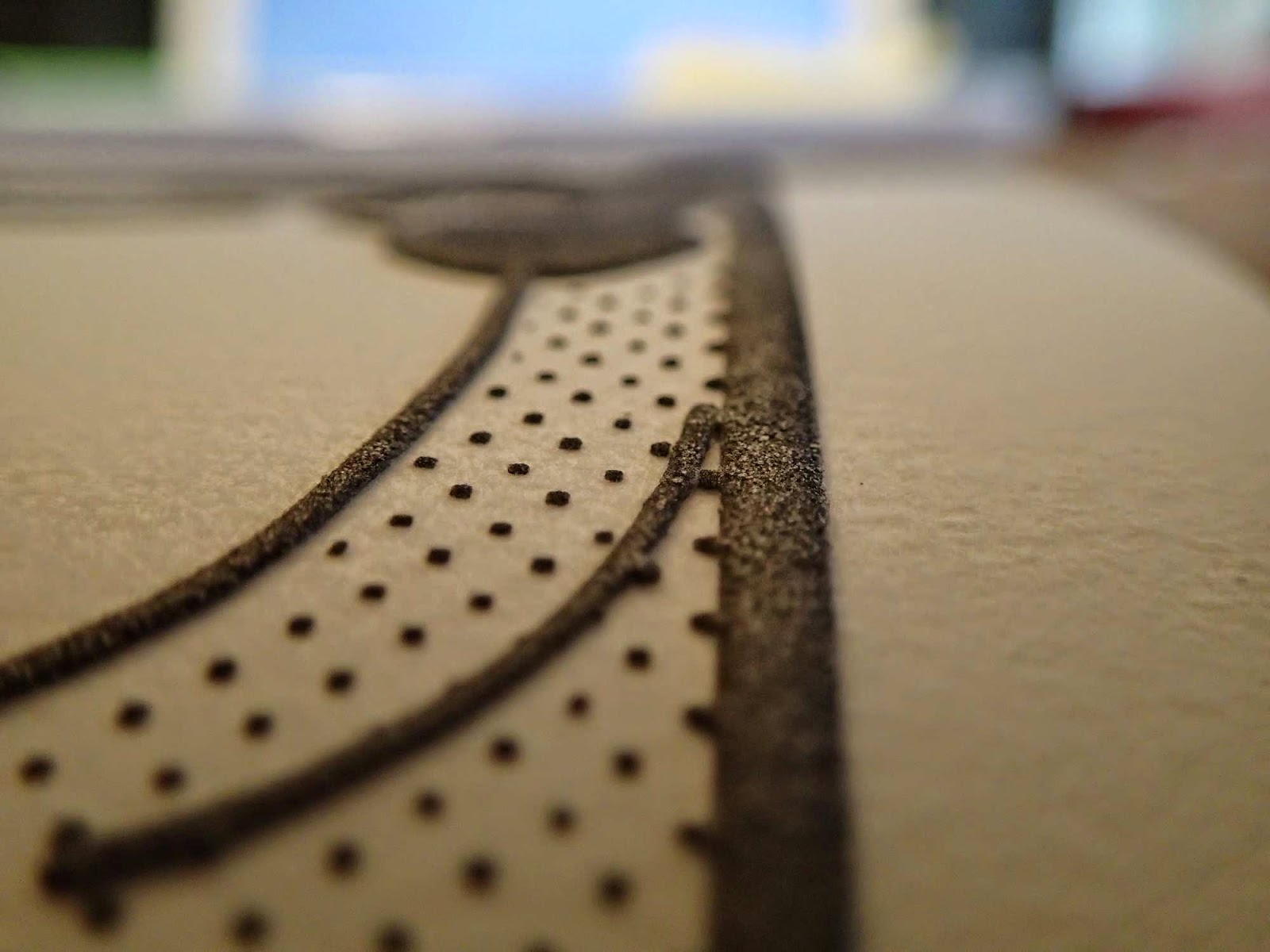 Towards the end of the description, Wendy started telling us what was where in the image. For example, ‘in the top left hand corner is Gabrielle's hair.’ The description then continued to guide us round the image, and I feel that that would have been much more beneficial and understandable to have that part of the description first.” Mick agreed, “from my own 'unsighted' perspective I didn't have a clue what it was even with Wendy reading out the description.


Clive’s brother Paul said that he “really wanted to be able to get an impression of the image in my mind through the sense of touch only.” This might be the clue to one of the reasons why they found the process so challenging, as Paul wanted to fix a visual image in his mind, an equivalent of the original photo but, as Euin will explain in a future blog post, this isn’t necessarily how a blind or partially sighted person will interact with the tactile image, proportions and textures being more important. 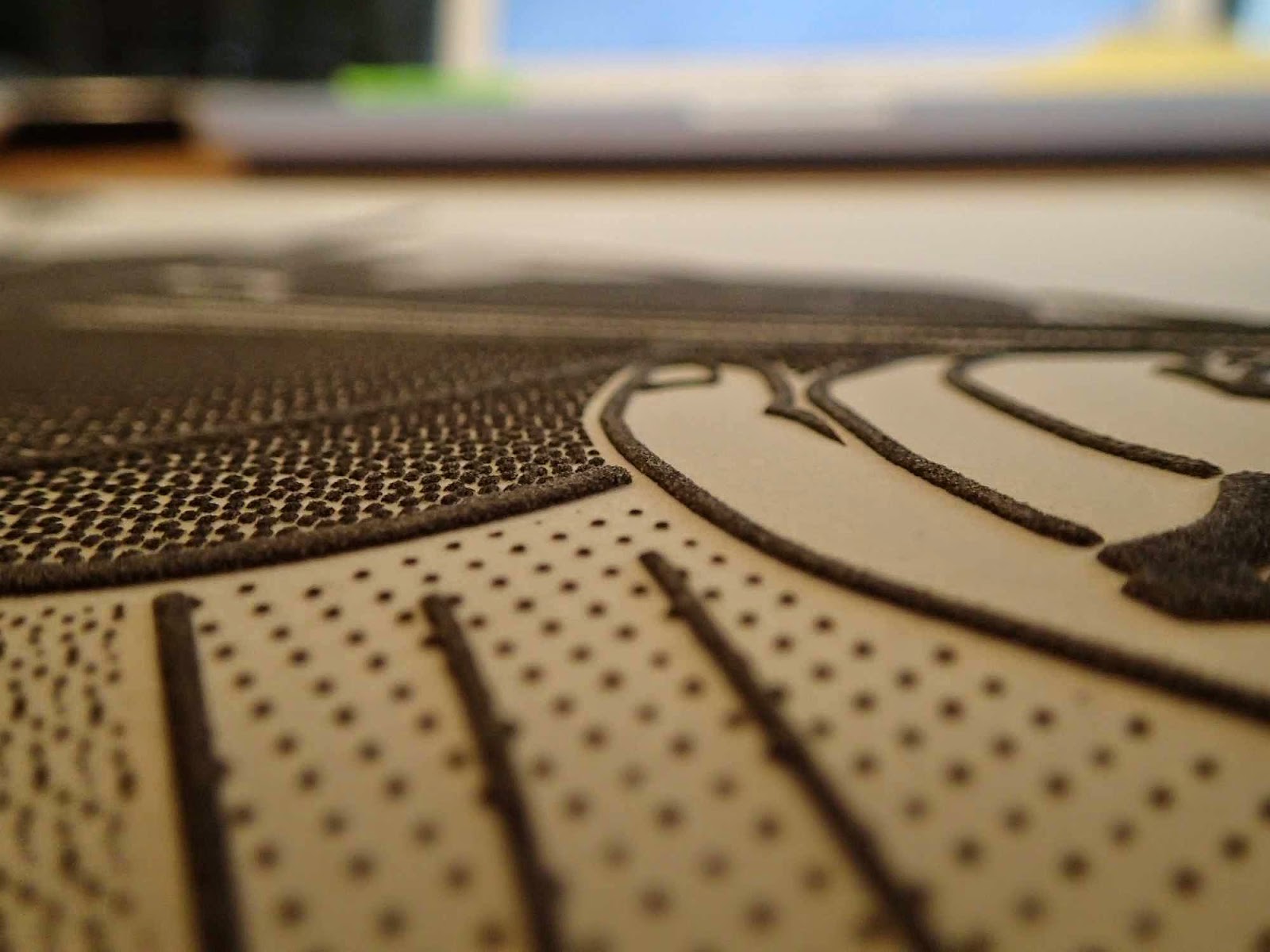 Seeing the incredible speed at which a blind person reads braille, I guess there’s a lot of learning to be done before one’s fingertips can assimilate such an image with ease.


Paul continues: “The image itself and the original are great to compare.  The technique fascinating and actually really attractive.  We also tried viewing the image through some of the special glasses Wendy has been given (by the Sheffield Royal Society for the Blind) that give the wearer a feeling for the different types of impairment suffered by blind and partially sighted people. Using the glasses to feel the tactile image was really challenging, as each set of glasses gave a different impression.


From what Clive has explained to us, Wendy and I thought that the blurred pinhole glasses gave us the impression of what Clive was seeing. With a tiny spot of not opaque vision but blurred these glasses allowed the wearer to scan the print at the same time as feeling the image.  It helped tremendously to analyse and feel/see the picture. We are going to try and have lots of different types of glasses available for visitors to Clive’s exhibition to help them gain a sense of what visually impaired people live with.”


Wendy: “Euin (who is partially sighted) has told us that very few blind people are totally blind and that they would use what sight they had to see as well as feel. At the meeting none of us could make much sense of the image even with the description. I thought it would have been more helpful to lead the viewer from say the corner with the hand playing the strings along the diagonal of the neck of the violin and ending at Gabrielle's face.


Markus and Andy explained that the image would never be presented to a blind person in that form but it would have an accompanying booklet with enlargements of key features and Braille markers on the image itself. This makes more sense to me.


It was really useful to see an example of what we are commissioning and the discussion after was, I thought, much more focused because of that. Also we had a box of goggles that had been spray painted in various ways so as to mimic the way that partially sighted people see. Putting them on and 'looking' at the image was more useful that the bag exercise."


Posted by Stuart and Gabrielle at 23:11