A different sort of tactile image

An exhibition needs a space to exhibit and, it seems, we have one. It’s needs a time and that’s looking like a week during August. (Details to follow.) And it needs something to exhibit, which will be photos from the huge and varied archive of Clive’s work. Due to Clive suffering a loss of vision, we were inspired to find a way for him to reconnect with his photography and that way was via feel; the exhibition will follow that theme. The immensely impressive (or should that be impressively immense?) image of Sheffield boxer Dave Howe created for Clive by Estudios Durero in Spain will take centre stage. It was too expensive to commission another twenty such images to make a proper exhibition, so we’ve been looking at alternatives. 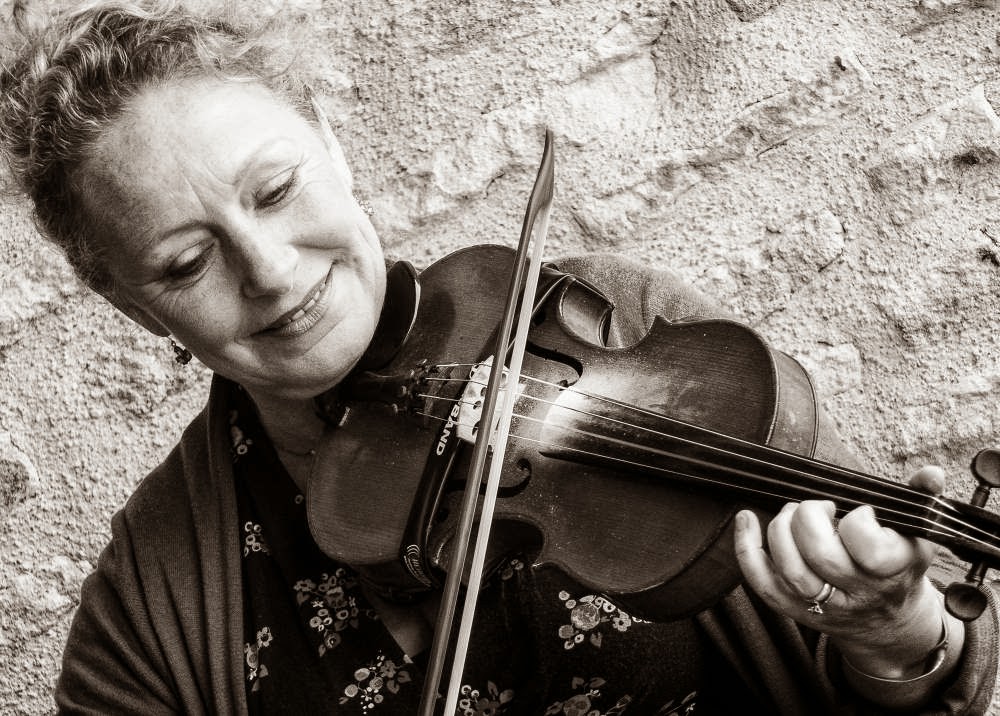 Sue King and Michelle Lee, tactile image specialists at the Royal National Institute for the Blind (RNIB) have helped us create a tactile image of a photo of a friend of Clive’s playing her violin. The image was chosen because of its simple shapes, such as the body of the violin, the bow at right angles, the four strings and that Gabrielle’s face is square to the camera.

99% of the work to produce the RNIB tactile image is by their designers choosing what details to keep and what to lose, so as to simplify the image and then pick out which lines to raise. The black lines, printed on special paper, swell up when heated to give a low relief that can be felt. 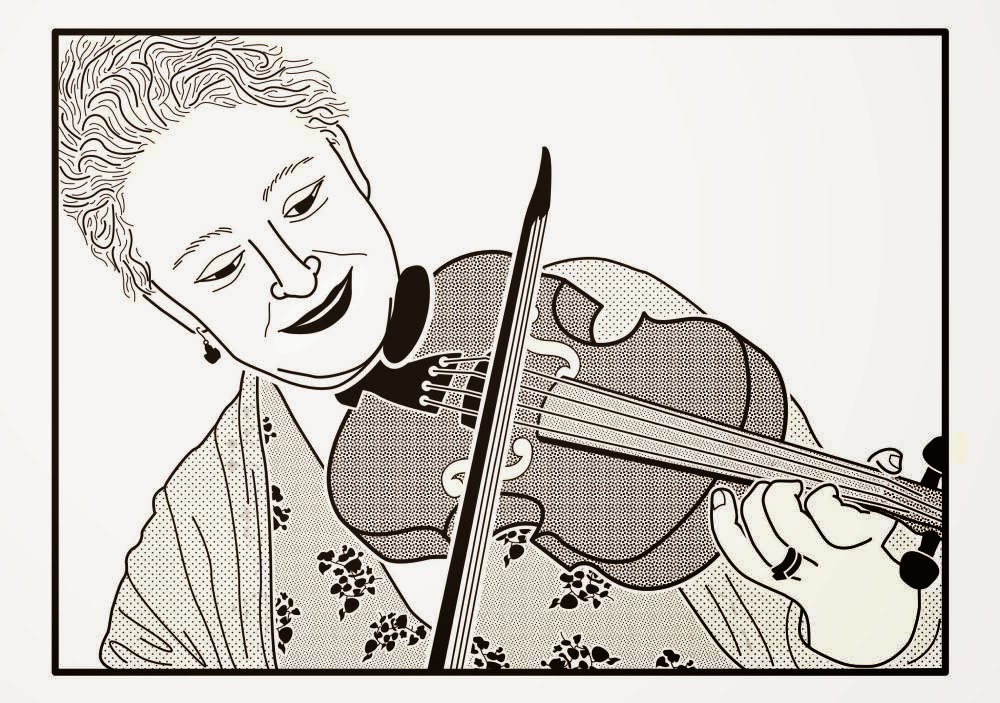 When you look at the tactile image, and the photo from which it was taken, you can see straight away that it lacks the aesthetical beauty of the Spanish Didú image, which manages to combine the tonal range of a photo with 3D volume. In fact, the RNIB image isn’t pretending to be anything other than a guide for a blind or partially sighted person as to what is in the original image. It’s supplied with a verbal description which could be read to the person or supplied via audio or braille.

At the latest meeting of the exhibition-organising-friends at Clive’s and Wendy’s house last week, Wendy presented each member with a their copy in a bin bag and then sat down to read them the description supplied with the image. In the next blog, we’ll see how they got on and whether this sighted group could make any sense of the tactile image with just their fingers and ears.

Wendy has been tweeting for a while and has recently started a Facebook page too. Both can be accessed via buttons on the top right of this blog.
Posted by Stuart and Gabrielle at 22:17